The now annual Ridelondon festival was in town this past weekend with more activities also on Friday at the Lee Valley Velopark.

Undoubtedley the highlights are the Freecycle, cycling for all across closed roads in central London on Saturday. The RideLondon Classique women’s elite race (more on that in a bit) The Brompton world Championships following the Classique. The London-Surrey 100 sportive on Sunday (now with the 46 mile sportive from 2016) The main event on the Sunday is the RideLondon-Surrey Classic, the elite Mens cycle race that follows many of the same roads as the Olympic Road Races in 2012. Three time Tour De France winner Chriss Froome one of the entrants this year before he heads off to Rio for the Olympics.

I was in London on the Saturday afternoon so decided to head over to watch (& photograph) the Classique. Women’s cycling has featured in the RideLondon weekend over the last few years on a circuit that starts on the Mall before circling St James Park via Birdcage Walk & Horseguards. This year’s event is part of the UCI women’s worldtour & is the highest paid women’s one day event, bringing womens cycling further into line with the Men. This year there are some notable absences from the field, due to the Rio Olympics being just a week away, meaning riders such as British World Champion Lizzie Armitstead are training ready to pursue gold.

I caught some of the FreeCycle action before checking out the Classique circuit to check out the best vantage points. The Freecycle finished at 4pm, ready for the Classique to begin at 5pm. I took up a spot on the boards a few metres away from the start line in order to catch the riders as they lined up and began the neutralised lap. Following from the start I headed around the course in an anti-clockwise direction, stopping at various spots for photos before finishing up on Whitehall.

Below are a selection of images taken at the Classique.

The riders make their way down to the start line from the sign on podium 10 minutes before the start of the race. 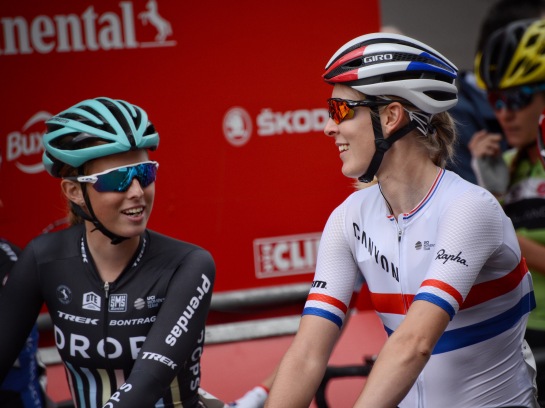 National road champion Hannah Barnes & her sister Alice line up alongside each other before the race.

The Wiggle High five team were ready for the start as race director Mick Bennett prepared for the neutralized lap. 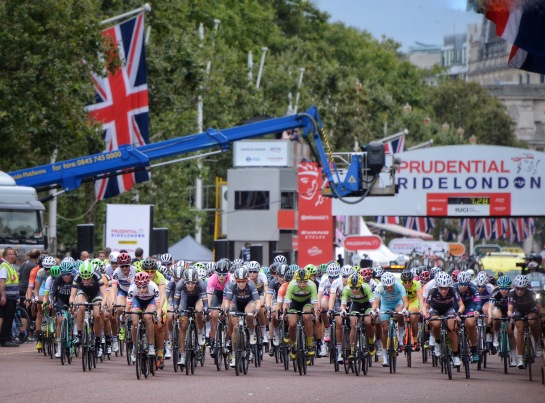 The peloton used the neutral lap to familiarise themselves with the technical circuit which included a couple of hairpin bends & also some narrow sections.

Straight away when the flag dropped a group of riders formed a breakaway group as the peloton headed up & then back down Constitution Hill.

With a fairly high pace in the peloton some riders were subsequently dropped off the back and forced to make allainces to try and keep up the pace. 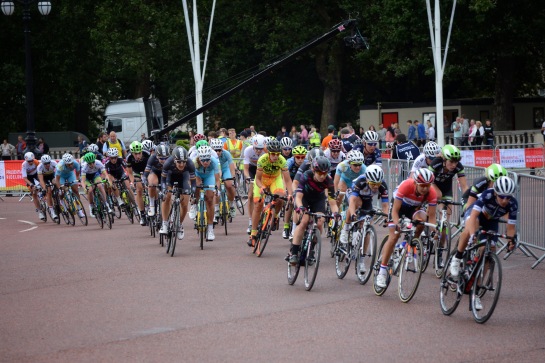 Like the Champs Elysees is for the final stage of the Tour De France & also La Course, The Mall provides a fantastic setting for the start & finish of the action. 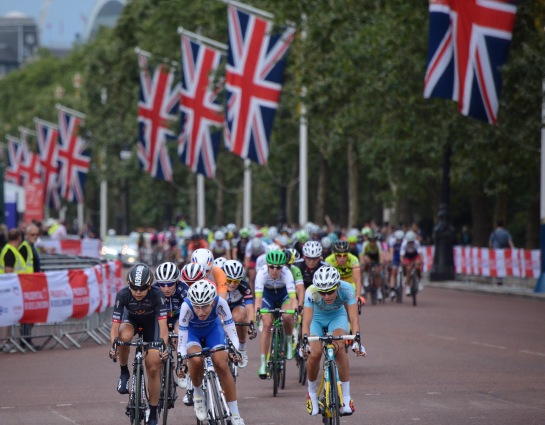 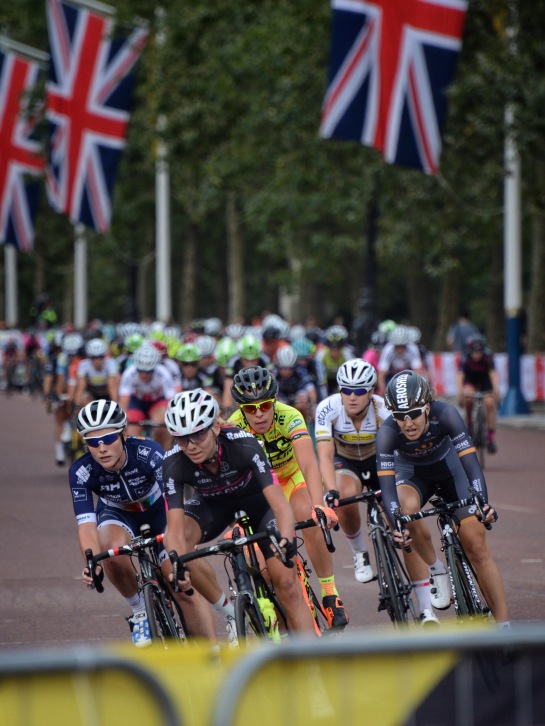 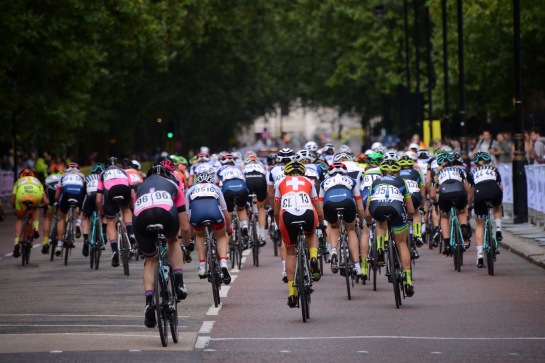 As the laps counted down, the peloton upped the pace in order to catch the breakaway riders before the finish.

Dani King of the Wiggle High 5 team is pictured here in the final few laps setting a high pace along Whitehall. Kirsten Wild of the Hitec team went on to win the race & the highest prize in Women’s one day cycling in a sprint finish on the Mall.

More images from the event over at my Facebook page @ Alex Moorehead Photography.