Following on from my previous post covering mobile photos I took while watching the 2013 London Marathon, here is a selection of photos taken on my Nikon D600 camera.
Again you have more of the same here, the athletes, the runners, some great fancy dress and some of the atmosphere.

As mentioned in the last post, I watched a lot of the marathon from the 11 mile marker, before the crowds really built up in the approach to tower bridge at around half way. 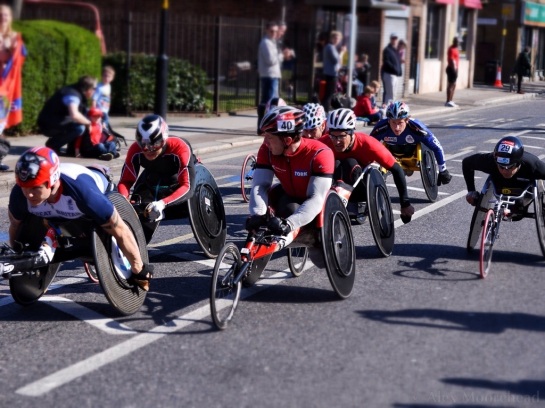 The mens wheelchair participants were amongst the first to go past. Where David Weir (pictured left) was aiming for a 7th London Marathon title. Unfortunately for him though he finished in 5th place. 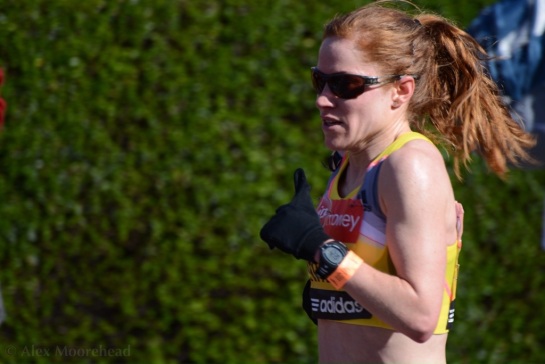 The women’s elite runners departed from Blackheath at 9am, so they passed the 11m mark just after the mens wheelchair athletes.

Pace setters run past ahead of some of the elite women’s runners.

The BBC motorbike records live coverage of the women’s race as it
progresses towards 12 miles.

Paralympic athlete, Richard Whitehead in his first marathon, approaches 11 miles en route to winning the race in his category. 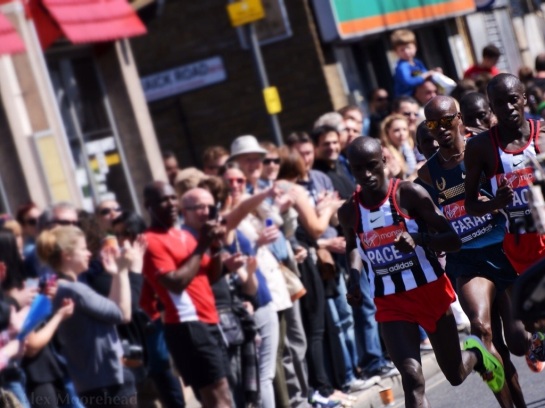 Top of the bill for this year’s marathon was double Olympic gold medalist Mo Farah, who ran half the distance past a wall of noise, similar to that of London 2012. He will compete in the full distance in 2014

Overall runs approaches the 11 mile mark with the masses not far behind.

A Captain Jack Sparrow lookalike is the first past in fancy dress, marking the beginning of the masses that will pound the streets of London.

Taking part in a leisurely 26 mile run before its back in the office on Monday morning (or not!)

Runners dressed in all sorts were passing by now in a sea of colour. 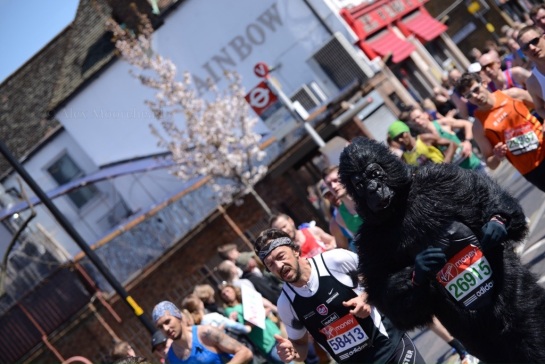 In that heat, I’m glad I wasn’t running in the gorilla costume, hope this runner raised lots for good causes. 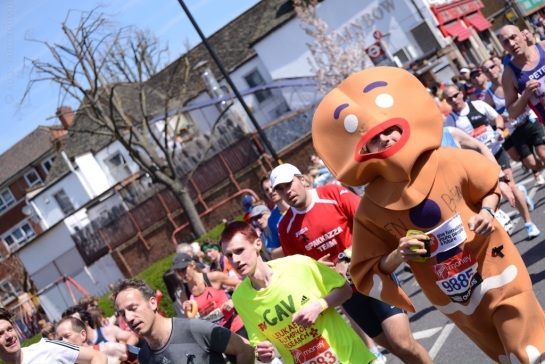 A lot of kids lining the route enjoyed watching the giant gingerbread man running past.

Even the FA cup made a cameo appearance in this year’s marathon!

A womble enjoys the art of tweeting on his phone while running at the same time, thirsty work.

When not fighting villains, this is how Power Rangers keep fit. 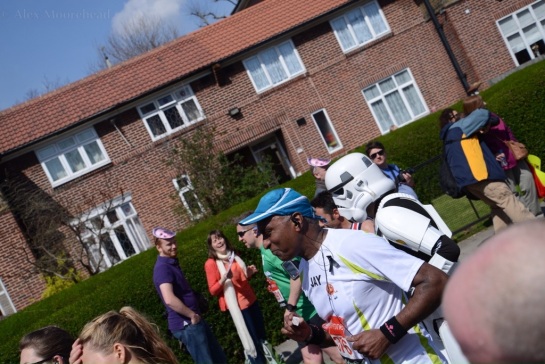 A stormtrooper keeps trim ahead of filming for the new Star Wars movie.

This costume literally stood out from the crowd! Im pretty sure it was pretty sweaty inside there!

Fancy running a marathon distance while holding a cider press? These guys did, while raising lots of money for charity at the same time.

As they reached 11 miles, the pace had slowed for some, though the crowds were cheering them on all the way. Only a couple of miles from here to half distance.

Peppa pig enjoys her marathon debut, though thinks about hopping on the Jubilee line at Bermondsey down to Westminster while running past. Another very warm costume to run in with the weather as it was.

Opposite Bermondsey tube station, this group of Batala drummers keep the runners going with a strong rhythm creating a buzz before the 12 mile mark. 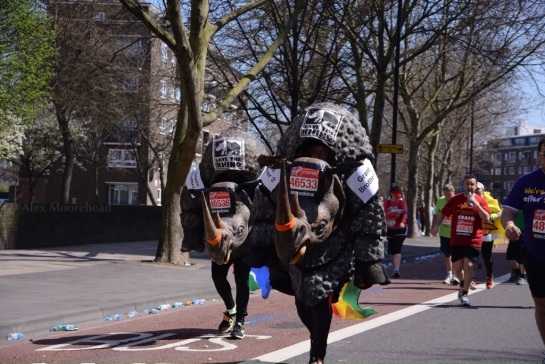 A couple of rhinos run together as they head towards Tower Bridge. 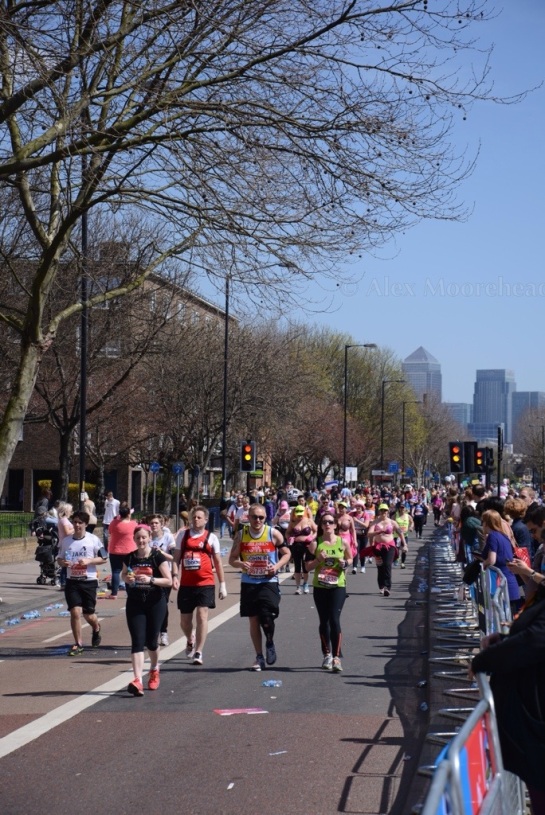 A mixture of running and walking now as they head to Tower bridge and then back towards Canary Wharf, which can be seen in the background. 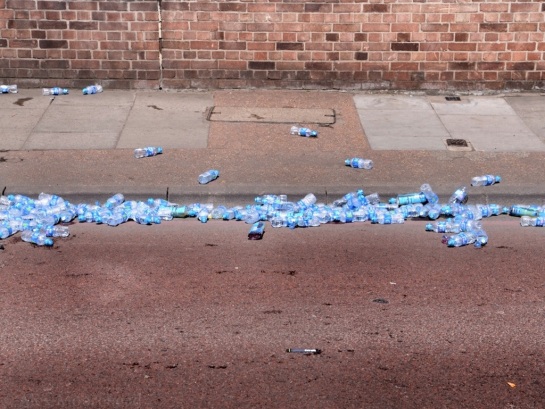