Recently when I was in and around London, I decided to change my approach to my iPhone photographs. Instead of taking just single photos, I decided to take two of each subject with the camera moved over to the right ever so slightly in between shots.
Once this was done, I would open up the ‘3d Camera’ app which then merges the two photos together. All that is left to do after that is to tweak the images so that they are aligned correctly. Though this part can be tricky, as different subjects are further from the camera than others, so require different spacing.
Basically after the tricky part, with a pair of red/blue 3d glasses you can then view the image in 3d. The specific term for these types of images are Anaglyphs.
Now having used the app for a couple of years, each subject can be trial and error, some will work well, others won’t (moving subjects are difficult to shoot in 3d on iPhone.)

Anyway here are a few of my 3D anaglyph images that I took in London around St Pancras station, Regents Park and Hays Galleria. (3d glasses needed to view properly!) 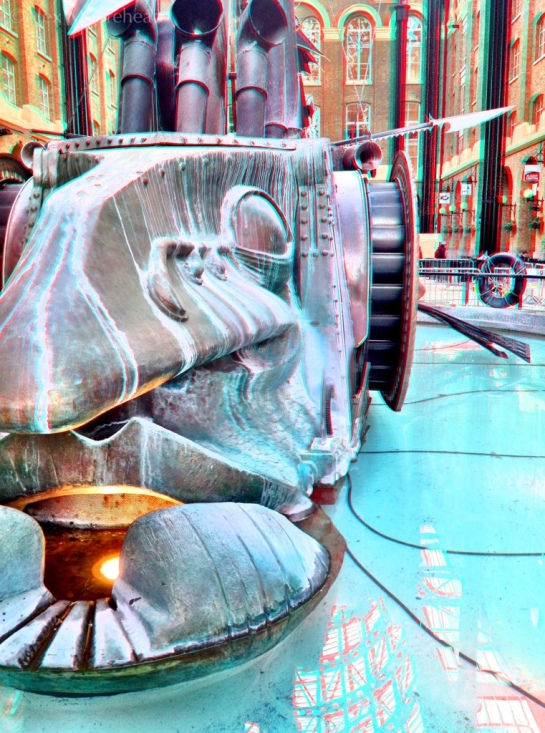